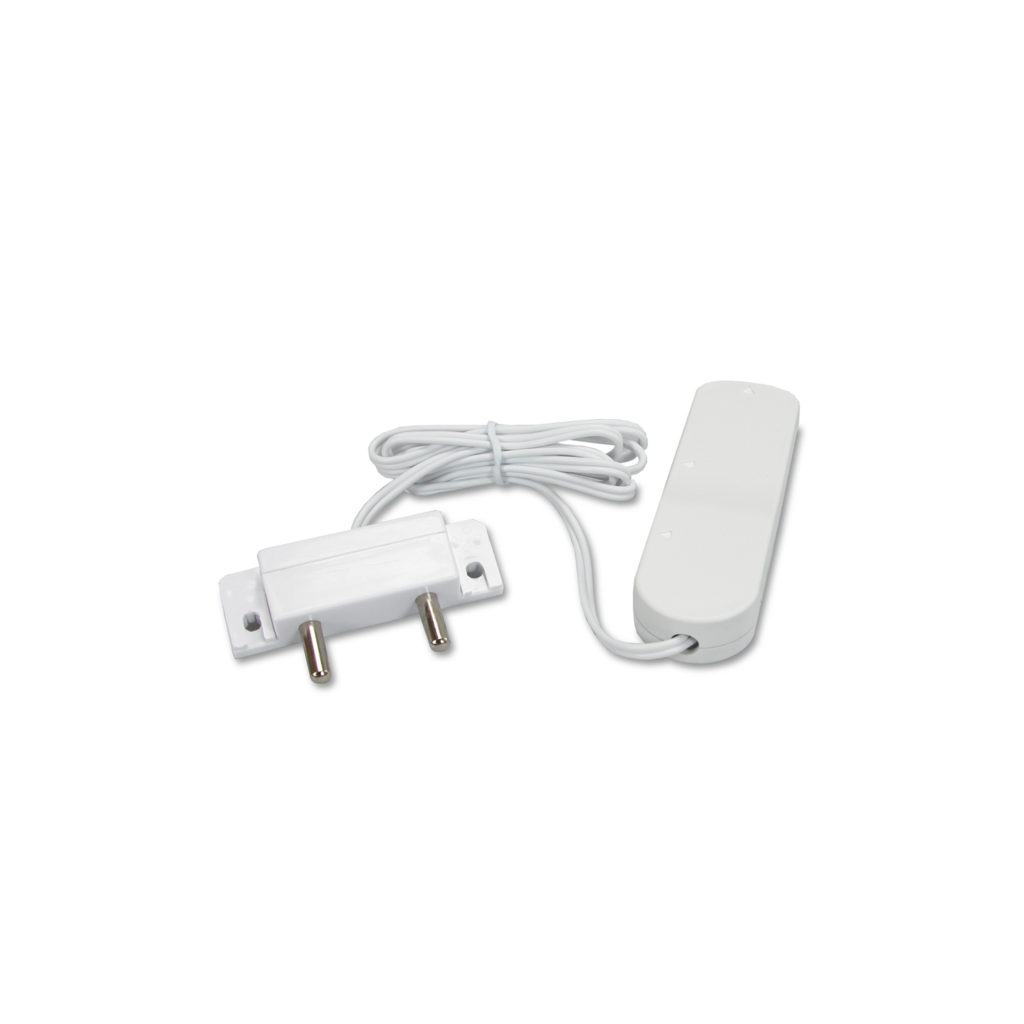 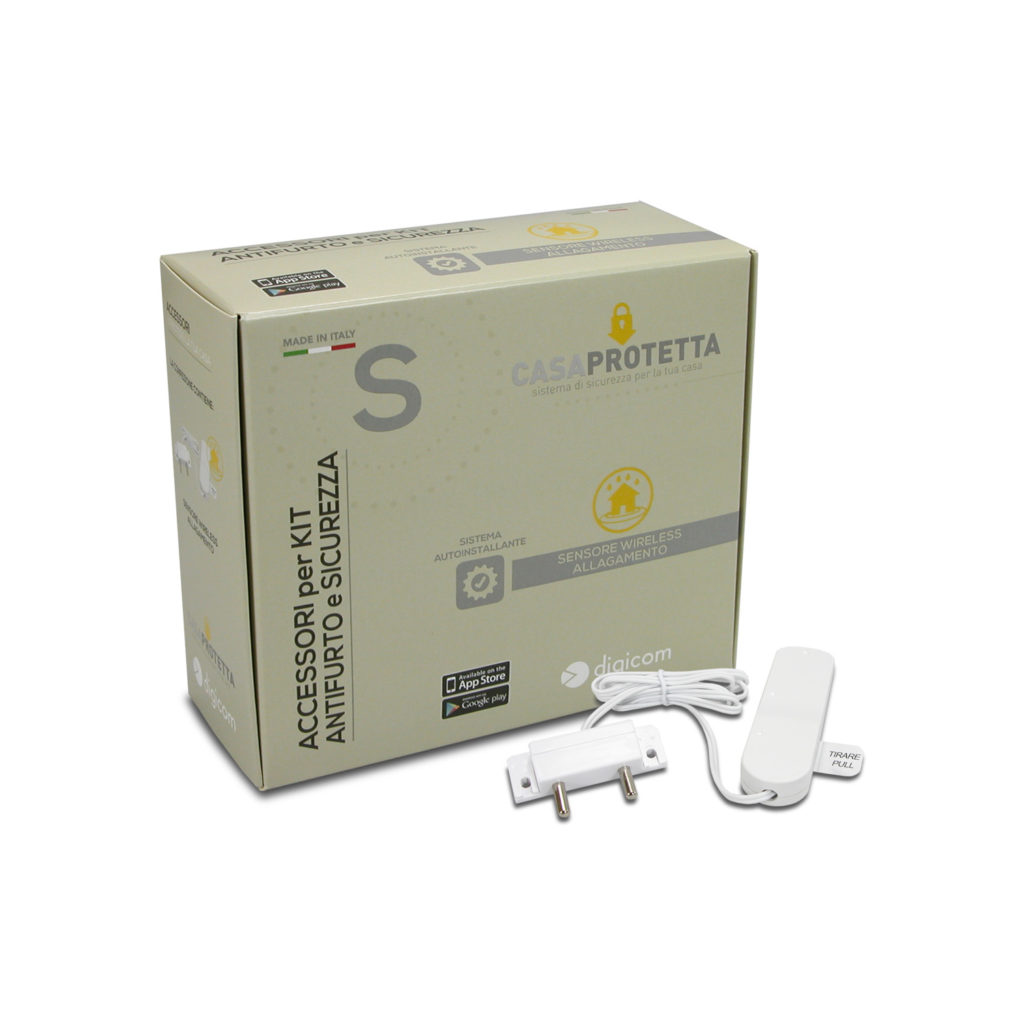 The Flooding Sensor allows the detection of water on the floor.
After detecting the flooding, the sensor sends an alarm to the central unit that will alert you via the APP on your smartphone or tablet.

The sensor is composed of two elements: the wireless transmitter and the water probe, joined by a cable of about 1 meter.

It is equipped with a battery that guarantees operation for at least 12 months. The need to replace the battery is signaled to the user by APP.
Double-sided adhesive and fixing screws are supplied in the package.